THE ART OF JON 'Huldrick' WILHELM 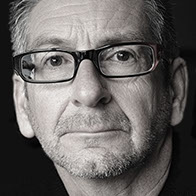 Jon 'Huldrick' Wilhelm is a self trained artist with a wide range of skills and interests. He has developed his painting styles over many years and considers himself an old school artist relying on the traditional hard learned skills of observation and drawing to produce realistic and creative images. His early works were technically detailed and photorealistic but today he is trying to shrug off this rigid discipline and enjoy expressive mark making.

Huldrick's passion for drawing and painting developed during his early teens. He would doodle racing cars (particularly the Porsche 917) inside the covers of his school exercise books. 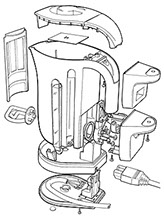 Jon started out working in engineering drawing offices where he soon realised he had a leaning towards the more creative side of drawing and his employers encouraged him to use his skills. He developed his own techniques for producing three dimensional drawings of engineering products and moved towards technical illustration.

About this time his passion for cars and his love of art came together when he began sketching racing and classic cars using ball point pen and coloured pencil. He would take his art to the Grand Prix teams and aroused much interest in his work even selling some of his paintings to drivers and teams of the day. He produced several limited edition prints of F1 racing drivers.

A major influence in Jon's artistic development during the 1980's was his discovery of the airbrush. With this he developed a unique style that captured the impression of speed in motor sport subjects with photographic realism.

It was at this time that Huldrick chose to explore the career possibilities open to him with his skills and he left engineering to work in advertising. It was not long before he realised that the demand for people with his level of skill could find a great deal of work and so he took the plunge and went freelance. This gave him the opportunity to work with many major companies producing illustrations and artworks for major companies like American Express, BT, BUPA, 3M and L'oreal.

After more than twenty years as a freelance illustrator Huldrick decided that it was now time to set up his own gallery and sell his work directly to the public. In 2004 he established The Huldrick Studio & Gallery in Hastings Old Town. 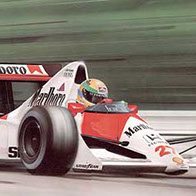 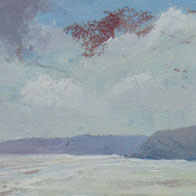 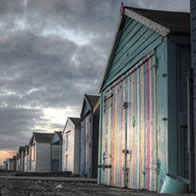 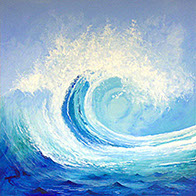